Elite will return to your screen soon with a new season and the death of another student. The sixth season of Netflix’s Elite renewal was revealed on October 28, 2021, along with three new holiday-themed Elite: Short Stories installments.

It’s coming sooner than you think, as it was shot along with the fifth season. When three working-class teenagers enroll in an exclusive private school in Spain, their clash with the wealthy students leads to murder.

A lot of incidents happened throughout the 5 seasons and the upcoming one is just going to add up to the excitement. Let’s go deeper because a release date with a teaser awaits you.

Big news: Elite has been renewed for Season 6!

Get your schedule cleared up. Elite Season 6 will be available on the Netflix streaming platform on November 18, 2022. It’s time to get your uniforms ready because you’ll be joining a class with a bunch of new students too.

The official synopsis of season 6 penned by Netflix reads, “After Samuel’s death, Las Encinas faces a new school year trying to have a facelift by covering up disasters of the past.

However, the conflict in its classrooms is systemic: racism, sexism, domestic abuse, and LGTBI-phobia are just a few of the difficult issues that will run through the hallways of the prestigious institution this season.

If those who run the system do not actively take action to address these issues, it will have to be the students themselves who do so.”

“When we started the fourth season we thought about forgetting about the murder or the crime, as they did in Big Little Lies with the second season,” Montero stated to El País. “[But] we have decided that the people who are going to see us know that in each season there is going to be a murder.”

Take a closer look. You know you want to.

The audience at the virtual event Tudum saw a censored video of the upcoming season. If you missed out on it, rest assured.

“You?” began the date announcement video. What about you? Come. Aren’t you coming?” It specifically gave the audience a look at the members. Then it concludes, “And you, are you better than me?” It’s going to be foggy.

Check out the clip below to enhance your wait.

The regulars are going to be accompanied by newbies. Here’s the list of the members that are going to enroll in the new season.

In addition, Netflix France revealed in an Instagram post that Elite’s sixth season will be the series’ final. However, after a few days, Netflix France updated the caption and removed the part that stated Season 6 was the final season. 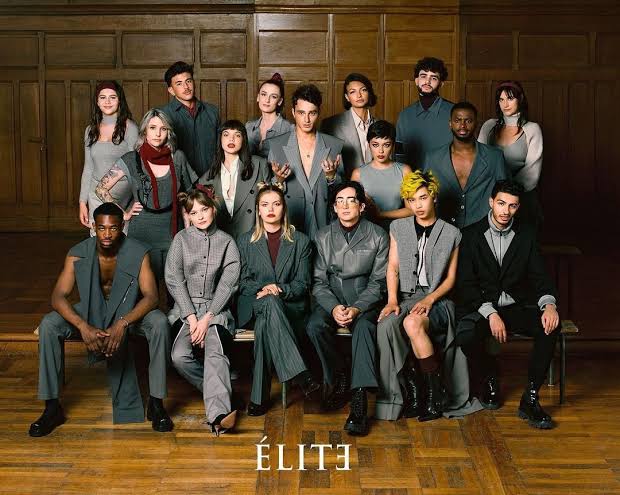 What are your thoughts on the new members? You are welcome to drop your opinions in the comment section below.