Spending a lot of time on TikTok will get you acquainted with its many slangs, phrases, and everything in between. The latest on board is Chupapi Munyayo. It sounds rubbish and nonsensical. What’s even bizarre is that many users have dug its meaning too! 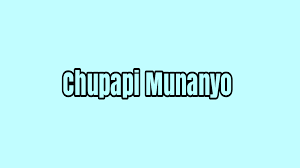 Thanks to the spree of prank videos on the social media platform, Chupapi Munyayo has spread everywhere, and more users are using this phrase, especially upon posting a funny video.

So what does Chupapi Munyayo mean? And how do you use it?

Read this article till the end to find out.

You may have spotted this phrase on many TikTok videos, and this must have made you curious. But do you know there are various theories about its meaning?

According to Urban Dictionary, Chupapi Munyayo means nothing at all.

Yes, you heard it right.

At the same time, Urban Dictionary defines it as “suck my d**ck papa, oh! Come on!” in its another entry.

The origin of this rubbish slang itself remains a bit of a mystery. There are numerous origin stories to its inception.

The most probable meaning of all comes from a viral video created on TikTok. This has led many Spanish speakers to voice their opinion on its use and meaning. They have confirmed that Chupapi Munyayo is not a word and it doesn’t have a meaning.

A User has Popularized this Phrase on Social Media

Although Chupapi Munyayo appears to have been used since 2020, it is because of a TikTok user it has become immensely popular even today.

User @jaykindafunny8 has popularized Chupapi Munyayo for the masses by using it in many of his videos. The videos are funny. You will see him walking up to people and scaring them by screaming it, completely unannounced. The most famous video he posted with this phrase has received more than 14 million likes. The clip includes him screaming through a tube at an innocent man.

Is there an Acceptable Way to use the Phrase?

This phrase has no meaning at all and one of its references is extremely explicit. It makes people wonder how to use Chupapi Munyayo if they want to.

You can use it when referencing the online viral TikTok trend started by the user @jaykindafunny8 and others on the platform. 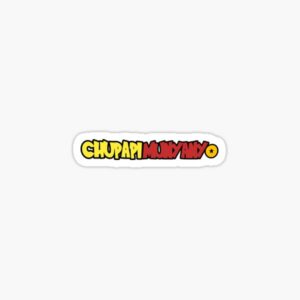 In this context, it would appear like a phrase you have used to startle people. You may also use it to attract anyone’s attention to a crazy stunt or make them uneasy.

Once you spot any new slang or phrase on one social media platform, it spreads like wildfire on others too. However, it did not happen with Chupapi Munyayo.

The phrase is limited to TikTok only. You will not spot it outside.

Some people suggest that it sounds vaguely Filipino. However, none of their claims are confirmed.

Chupapi Munyayo doesn’t have any solidified meaning in the English language yet. We advise you to use something only once you are well-acquainted with its meaning, origin, and other details. You will save yourself from offending others, at least.