Chase Chrisley is engaged… for real this time! The reality TV star popped the question to his girlfriend of two years, Emmy Medders, on Oct 21st.

He popped the question two days after he asked her to move in with him on October 19th. Chrisley arranged 175,000 rose petals to be placed in the shape of a heart int he middle of an empty stadium. He also made sure that both their families were present for the big day.

The excited fiancé  shared some pictures from the engagement on Instagram and captioned it “I am the luckiest man in the world, being able to call you mine forever is a blessing straight from God.”

He also added that “You are the rain when it’s dry. I love you more than life itself and can’t wait to live forever with you! To you my love!” In the end, he thanked his fiancée for “taking him.”

Friends, family, and fans of the couple are over the moon and congratulated them in the comment section. The picture has well over 224,000 likes in under 11 hours on Instagram. 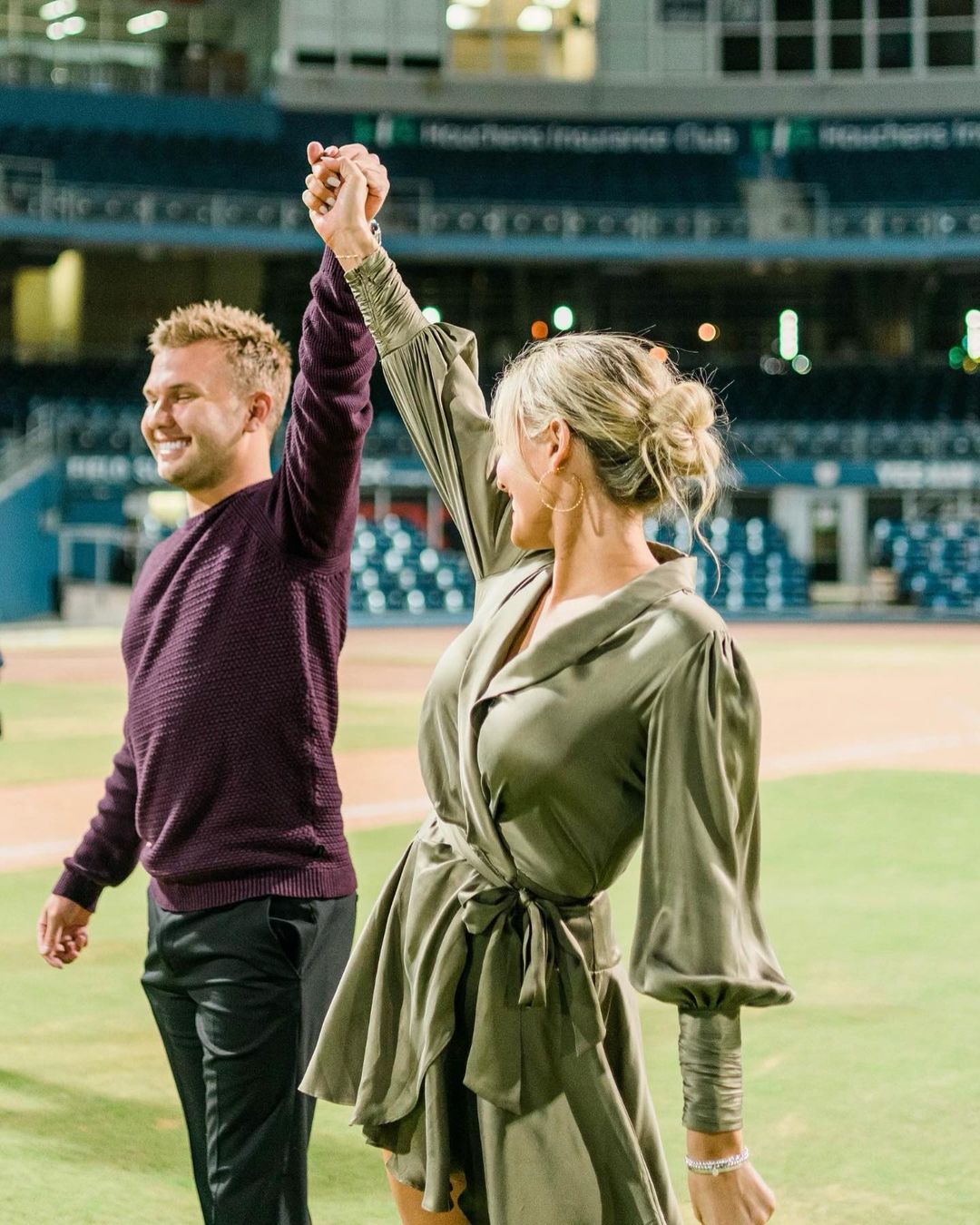 On the other end, Medders posted a montage with a rendition of Can’t Help Falling in Love by Kacey Musgraves playing over it. She captioned the video with a sweet caption that read “You’re everything I’ve ever dreamed of and more. I love you, Chase Madison Chrisley! My heart is yours forever ❤️.”

Although Chrisley made sure to include both families, his mother was not keen on him marrying so young. He said in an earlier interview that his mom thought that he was too young to settle down. The reality star joked that he rarely listened to what his parents said so it was not a problem.

Regardless of what his mother thought, Chrisley was clear that Medders was the one for him. In a 2021 interview, he said, “She and I have both talked about it. I’m definitely going to end up marrying her, probably. If she wants me. If she’ll take me, I’m all for it.”

Their love was not all rosy as the two seemed to part ways in early 2021. This was after a year of them going public about their relationship. The two lovebirds could not stay away for long and got back together in April 2021. Medders had confirmed that they were back together with a picture of them cuddled together. The Growing Up Chrisley star also went on to share pictures of them together. In July, Medders uploaded a picture with Chrisley professing her undying love for him with a short caption “Love this one”.

Fans in the comments could not get enough of the two, one even chimed in and commented “Get married you two” and that is exactly what they plan on doing.

The couple has not shared any information about the wedding or when it will happen. Although if it is in the cards soon, the couple might share it on their social media to get the fans excited.