Cardi B has paid tribute to Takeoff with an emotional post on Instagram. The 30 year old rapper revealed how she and her husband, Offset, are coping with the death of their friend, who passed away earlier this month.

Takeoff, a part of the hip-hop trio of Migos, was shot and killed outside a bowling alley in Texas on November 1. Cardi B’s husband and rapper Offset also happens to be the cousin of Takeoff. Read on to know more about the rapper’s tribute.

Cardi B Pens an Emotional Note for Takeoff

The Open It Up rapper took to Instagram on Friday to pay a heartfelt tribute to Takeoff, whose real name was Kirsnick Khari Ball. She shared a series of photos and videos of the deceased rapper and wrote, “Takeoff your untimely passing has brought a great deal of pain and sorrow to so many lives.”

“The impact you had in this world was so considerable and we have struggled to grasp this tragedy. I am heartbroken but I am grateful for all the precious memories we got to share while you were here with us. This has truly been a nightmare and the pain is incomparable,” she continued.

“The emptiness your brothers are feeling is unbearable and I pray that you give Offset ,Quavo, and your friends and family the strength to keep going as they are trying to cope with this loss.”

“I believe that angels send signs and beautiful dreams to loved ones to assure them that they’re watching them and they’re okay and happy…send your mom some of those,” she added.

In her post, Cardi shared a screenshot of her DM exchange with Takeoff, where he had written that he loved her ‘4L & after’, which meant ‘for life and after.’ The rapper then concluded her post by writing, “I will also love you 4L & after.” 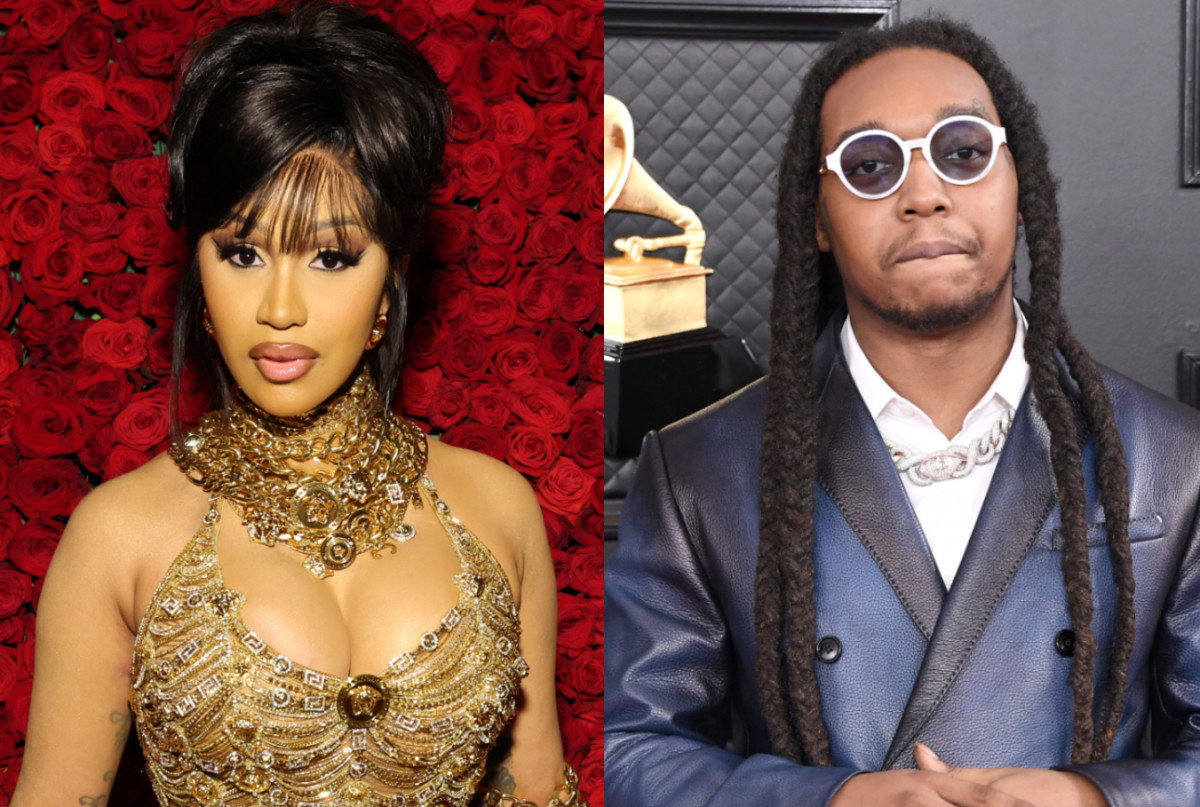 “As a Migos fan it hurts me to look at pictures and videos of y’all together, and hearing y’all songs that changed the music industry and moved the culture and had the clubs lit 🔥. It hurts because I know it will never be the same again—but I know your bros and y’all fans will make sure the world never forgets the impact you made,” Cardi B wrote.

Takeoff’s Killer has not been Arrested Yet

The 28 year old Migos rapper was shot and killed outside a billiards and bowling alley in Houston after an altercation took place on the site. Takeoff was reportedly playing a dice game with his uncle and bandmate Quavo, who was unharmed in the incident.

His cause of death was revealed to be ‘penetrating gunshot wounds of head and torso into the arm.’ Two other persons were injured with gun wounds and had to be rushed to hospital. At the time of writing, the authorities are still searching for the assailant, and no arrests have been made till now.