In Batman and Batman Returns, David Lea was Michael Keaton’s primary fight double. The stuntman died at the age of 67. In the first movie, Lea shared this role with Sean McCabe, and in the sequel, he shared it with Keaton’s regular stuntman Mike Cassidy.

Other doubles served as substitutes or took falls. Lea appeared as one of the Gothamites gazing out their window frames as the Batmobile drove straight up a tower in Batman Forever.

Lea’s death was announced on his official social media account, and here’s what we know. It’s heartbreaking, but Lea was a true fighter.

Dave Lea Died At The Age Of 67

The stuntman passed away as a result of cancer. According to sources, Dave died at 5:55 p.m. on Saturday, surrounded by loved ones.

The official Facebook page penned, “It is with deep sorrow, that we announce the passing of Dave Lea on 6th August 2022 at 17:55 following a short illness. He passed on surrounded by his loved ones. Your kind words and wishes are appreciated at this time. Dave, you were a fighter to the end. R.I.P!”

One of Dave’s enthusiasts stated, “Absolutely shocked and saddened to hear of the death of Dave Lea. Dave was @MichaelKeaton’s stunt/fight double on Batman 89 & Returns.

I had the privilege to speak with him several times over the years. Our condolences to his family and friends. He died on August 6th. [Paul]”

Absolutely shocked and saddened to hear of the death of Dave Lea. Dave was @MichaelKeaton’s stunt/fight double on Batman 89 & Returns. I had the privilege to speak with him several times over the years. Our condolences to his family and friends. He died on August 6th. [Paul] pic.twitter.com/8uFAxdNGXR

Dave Lea started martial arts training in his teenage years. He traveled the world learning from the best martial artists he could find, such as Dan Inosanto, who received training under Bruce Lee, and Joseph Cheng of Wing Chun fame.

He then tried out for 1989’s Batman, in which he stunt/fight doubled Michael Keaton. Following his first movie, he continued to work with ‘A’ list celebrities, gearing up them for action roles and choreographing the action.

As he progressed up the ranks, he became a stunt coordinator/fight choreographer, and he is still preparing performers for complex and difficult action scenes for the audiences. Dave has had a wonderful career both on and off camera.

Dave stated once, “When your passion is in the action, the fights and stunts will be true and real. I have learned from some of the best teachers out there. The least I can do is hold on to what they taught me.

My mother had a tremendous influence on my physical and stretching abilities. She would do the splits and kick above her head, just because she could. She was so amazing. So really she was the greatest inspiration of all and continues to be.

It becomes a lifestyle and a wonderful challenge to keep the physical ability of kicking, stretching, and keeping finely tuned to all that works.” 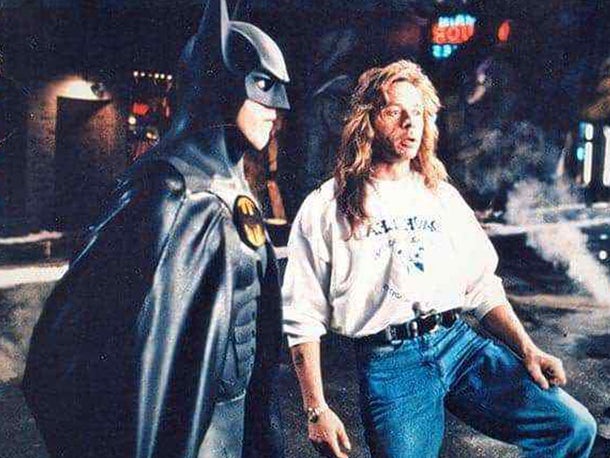 Dave Lea will be remembered for his kindness and astounding stunts. Many people paid their respects on social media and recalled his appearance. You are welcome to share your favorite Lea moments in the comments section below.