Filmmaker Tim Burton will be awarded the prestigious 2022 Lumière Award, a lifetime achievement honor, at this year’s Lumière Film Festival in Lyon, France. The director is known for making films such as Batman, Ed Wood and Beetlejuice.

With the honor, Burton will join the league of former award winners Jane Campion, Francis Ford Coppola, Martin Scorsese, Wong Kar-wai and Quentin Tarantino. He will be in Lyon, France, from October 20 to 23 to attend the festival and will be honored with the award on October 21.

The festival has paid tribute to the director, known for his gothic-horror films. The festival said in a release, “This fall, Lumière 2022 will offer a dive into a wonderland – somewhere between Americana and its legends, Victorian England, futuristic megalopolises and neighbourhoods of suburbia – in the company of the heroes, monsters, monstrous heroes or heroic monsters of Tim Burton’s world.”

“Burton’s cinema reveals his fascination with the monster, the marginal, the thorn in the side of an America corseted by its normativity and its endless residential suburbs. Skeletons, witches, goblins, ghosts, robots, anthropomorphic monkeys, catwomen and headless horsemen haunt the work of the filmmaker,” the festival representatives further stated.

The release featured many projects from the director’s filmography, including Beetlejuice and Edward Scissorhands, Mars Attacks!, Sweeney Todd: The Demon Barber of Fleet Street, Dark Shadows, Sleepy Hollow and Alice in Wonderland.

The 63 year old filmmaker has over 20 films to his credit. He started his career as an animator, storyboard artist, graphic designer, art director, and concept artist on films such as The Fox and the Hound, Tron and The Black Cauldron in the early 1980s.

He then went on to make some short films and directed a few episodic TV shows. His first big project was Beetlejuice in 1988, which was a supernatural comedy horror about a young couple forced to cope with life after death. 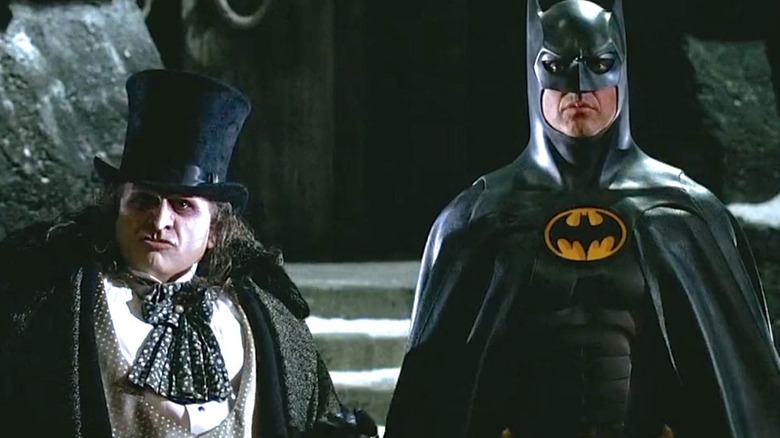 Though mostly known for the horror-gothic genre, Tim has also made some sci-fi films, including the superhero hit Batman in 1989 and its sequel Batman Returns in 1992.

Throughout his career, the filmmaker has often worked with Lisa Marie, Johnny Depp, Helena Bonham Carter and Winona Ryder. Apart from being a filmmaker, Burton is also known as a poet, a writer and a sketch artist.

This year’s event will be the 14th edition of the Lumière Film Festival, which was inaugurated in 2009. The festival is organized by the Institut Lumière and is named after the Lumière Brothers, who invented Cinematography in Lyon in 1895.

The institute is situated at the site of the former house and factory of Auguste and Louis Lumière. It was created in 1982 to commemorate their cinematic legacy.

Other notable events at the 14th Lumière Film Festival will include a musical tribute to actor and filmmaker Clint Eastwood, orchestrated by his son Kyle Eastwood. The festival will go on from October 15 to 23.

Congratulations to Tim Burton on achieving this iconic feat. Stay tuned for more news and updates.