Author Salman Rushdie has been attacked in New York. The author was punched and stabbed multiple times in the neck while onstage in Chautauqua, near Lake Erie, on Friday. The attack took place around 11 am, shortly after Mr. Rushdie took the stage for a lecture at the Chautauqua Institution.

The 75 year old author was rushed to a local hospital by helicopter. His condition is yet unknown; however, his agent Andrew Wylie said on Friday afternoon that Mr. Rushdie was undergoing surgery.

Salman Rushdie was at Chautauqua Institution for a discussion about the United States as a safe haven for exiled writers and other artists who are under the threat of persecution. He had just come onstage to deliver the morning lecture and was being introduced when the assailant rushed to the stage and started stabbing him.

The attacker was restrained, but he still tried to continue to attack Mr. Rushdie. Linda Abrams, a witness who was sitting in the front row during the event, said, “It took like five men to pull him away, and he was still stabbing. He was just furious, furious. Like intensely strong and just fast.” 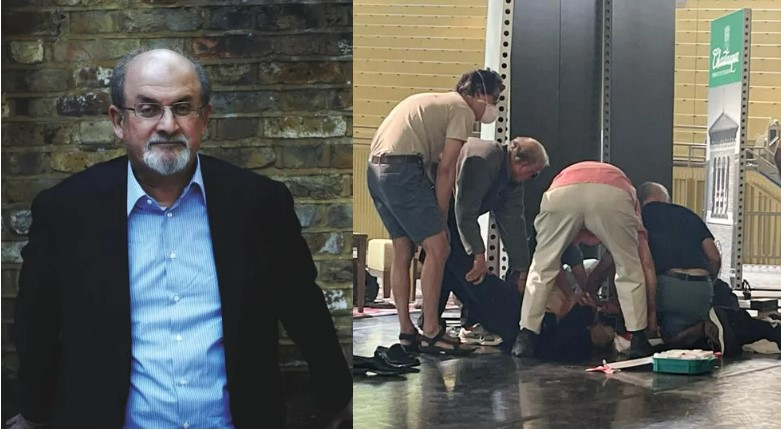 The motivation behind the attack is not yet known. “He was dressed in black. He had a loose black garment on. He ran with lightning speed over to him,” said a witness defining the assailant. A number of people rushed to defend Mr. Rushdie and pinned the attacker down. He has been taken into custody by a trooper assigned to the event.

The Author had Multiple Stab Wounds

Another witness, Rita Landman, an endocrinologist who was in the audience, said that Mr. Rushdie had multiple stab wounds, including one to the right side of his neck, and there was a pool of blood under his body. The person who was interviewing him also suffered a minor head injury.

New York Governor Kathy Hochul took to Twitter to state that she had directed the State Police to assist in the investigation and said, “Our thoughts are with Salman & his loved ones following this horrific event.” 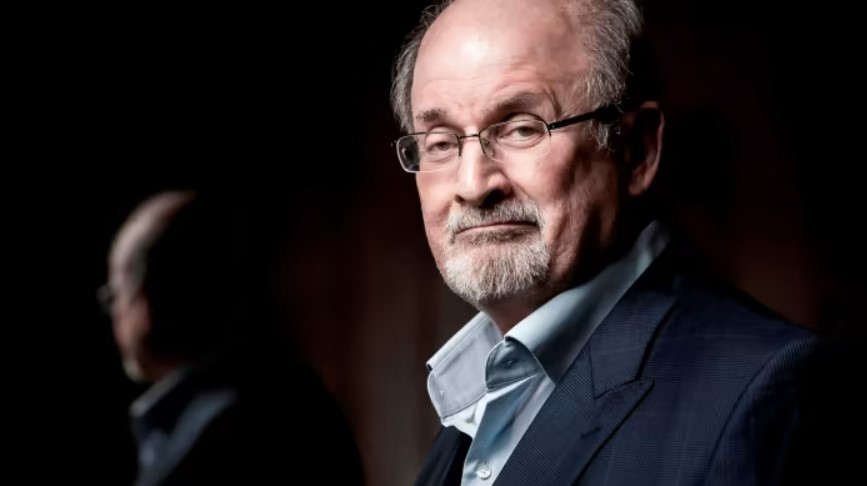 Mr. Rushdie spent almost 10 years in hiding and under police protection after Iranian officials called for his execution in 1989. Ayatollah Ruhollah Khomeini, the Supreme Leader of Iran, had placed a reward on his head because his novel “The Satanic Verses” was considered offensive to Islam.

The book was banned in India, his birthplace, and he was barred from entering the country for almost a decade. The author first lived in hiding in London under security but has been living freely in New York in recent years. Ever since he moved to the US, Mr. Rushdie appeared in public without evident security, even as his status as a high-profile author and promoter of free speech made him a celebrity.