The “King of Rock and Roll” remains irreplaceable but we have to give it to Austin Butler for taking up this challenging role and at the same time, doing justice to it. The 30-year-old American actor appeared on The Tonight Show Starring Jimmy Fallon and showed off his Elvis Presley impression. Well, there’s a lot more he shared. Read below to know all about it.

Austin Butler is playing the role of Elvis Presley in the 2022 musical biopic “Elvis”. On his appearance on The Tonight Show, Jimmy Fallon congratulated the 20-year-old “Once Upon A Time in Hollywood” star for his phenomenal performance.

Fallon revealed some interesting reviews in front of Butler from the screening of “Elvis”. He said, “One says when Austin Butler shakes his hips in Elvis’ first gig as a full-blown rock “n” roller, it’s like two stars being born, which is — That was “Time Out”.

He added, “Vanity Fair says it may well be a star-making turn for Austin Butler.” One interesting review came from “Entertainment Weekly”, which stated: “Austin Butler stares down the lens and melts it.” Jimmy also praised Bazz Luhrmann for directing such an amazing film. Austin agreed to this and said, “I am so proud of everything he’s done, it was incredible.” 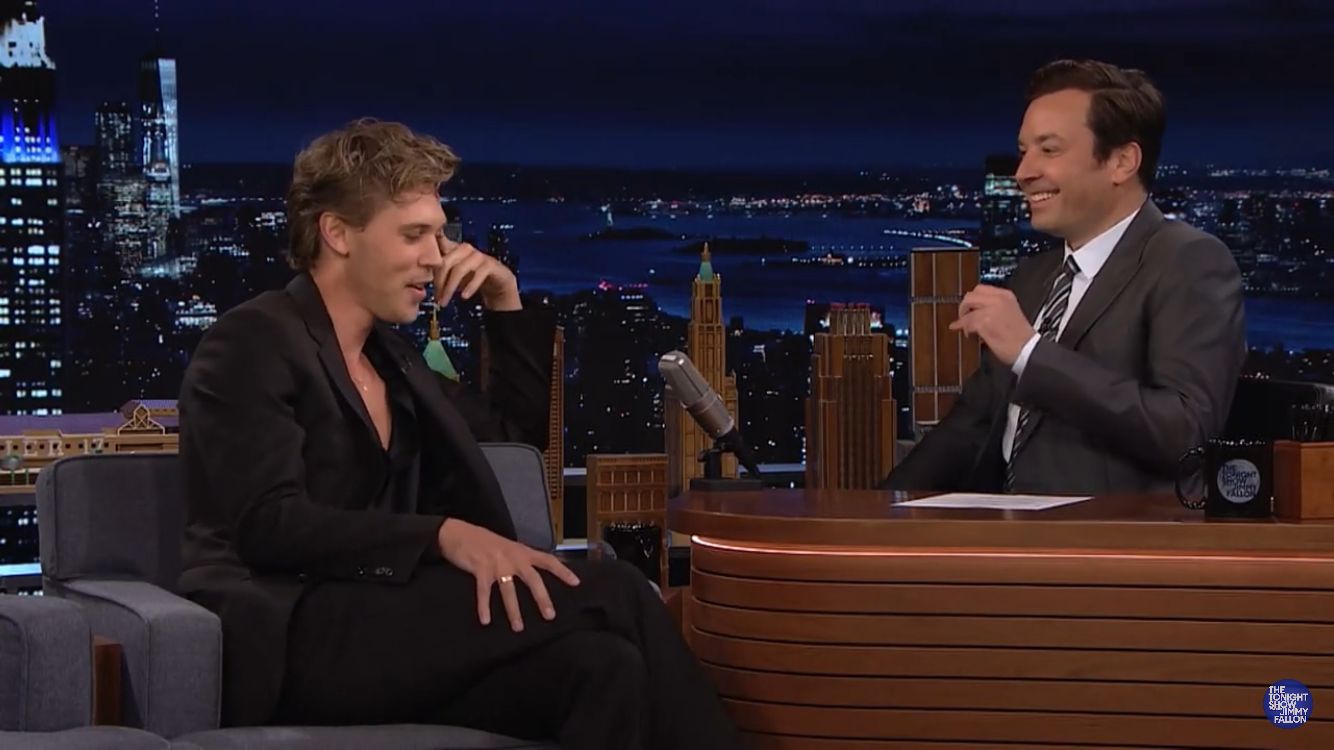 FYI, Austin Butler played the guitar himself in the movie. Not just this, he sang and danced and moved just like Elvis. Jimmy asked Austin about how he did the accents! Austin Butler replied by saying, “I mean one thing, you listen to Elvis speak and there’s these amazing archives out there and every interview he ever gave.

He added, “…And that’s the first thing that hit me was it’s not just one voice of Elvis. His voice changed so much over the years. And so, it’s that thing.” Fallon interrupted in between and asked Austin to give an example.

After a bit of hesitation, Austin gave an example by saying that when Elvis was 19 and he goes on the “Lousiana Hayride in 1954, his voice was nervous. He said, “His voice at the time, you know you speak a lot faster when you’re nervous and also, he was young.

Austin made an exact impression of Elvis Presley by saying it in Elvis’ voice and his voice then was like, “Well, I’d like to say that how happy I am down here. It’s a real honour for us to get a chance to appear on “Lousiana Hayride”.” 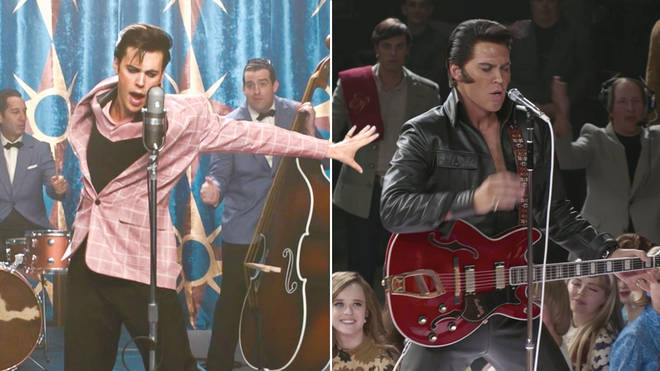 He narrated that this was when he was nineteen and a couple of years later when he was 21 in 1956. He revealed that he connected with Elvis because ” it’s the thing when you’re not sleeping and just buzzing”. He said, “I can’t believe–I’ve got to take a second. I’m on Jimmy Fallon talking about playing Elvis Presley like you’re my hero, man. Like, this is crazy. It just blows my mind…”

Autin mentioned another impression of Elvis when he was 21. He stated that when asked about What are you thinking about at night, “at that point, he’s more like–He says, well, everything has happened to me so fast in the last year and a half till I’m all mixed up. You know I can’t keep up with everything that’s happened. At this juncture, his voice was slow.

He added, “and then for like, a juxtaposition like we could fast-forward to ’72, like, there’s this great interview in ’72, and one of the first things he says is, Well–Cause at this point, his voice goes more forward than to his face, so then he’s like…Well, you know– Well, we just came out here from Memphis. That sort of thing. Yea, it is just coming out–like forward. It’s like three different characters.”

You Can Only Look Up At Elvis… 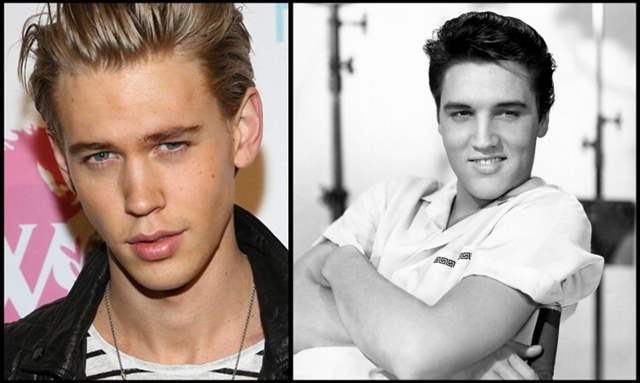 Austin Butler revealed how he felt every emotion that Elvis went through when he lost his mother. He stated, “I think Elvis is always 40 feet tall. You can only look up to him. And, it’s hard to–in the beginning, to feel anything small compared to him. And, all those questions–You know, I’m a shy person. I feel very–you know, those moments of “Am I enough?” and imposter syndrome and all those things.”

He stated that it was all a process, in the beginning, to just try and find his humanity. He revealed watching one of these documentaries where he learnt that his mom passed away when he was 23. Austin shared that even he lost his mom when he was of the same age. He said, “…That hit me like a freight train because it’s the most human thing, the grief that you feel…That became the first key to finding his humanity.” 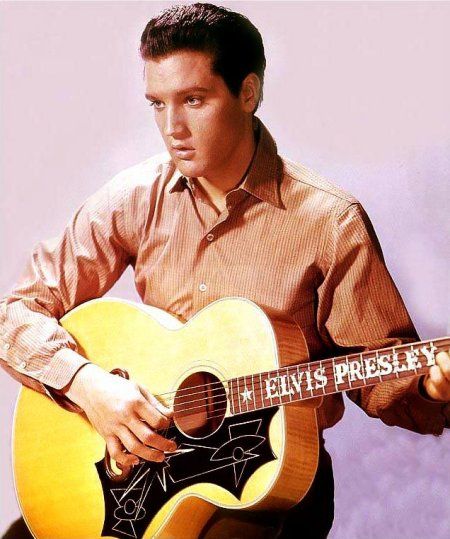 Austin revealed that he travelled to Graceland. He said. “Bazz and I took this road trip from Nashville to Memphis. And I got to record–The first recording studio I ever was in was RCA, where Elvis recorded over 25-something songs. It was insane.”

He added, “…And so we drove to Memphis. Also, I was just in Graceland, and Angie who runs the spot, said, tell Jimmy cause I know he’s a big fan. Tell him, I will show him everything. so, take you to the archives. Jimmy revealed that he wants to wait for the exact right moment to go to Graceland.”

Austin also stated that he was going to play Elvis’ song on a “1937 Epiphone” and Angie stated that she has a “56 Gibson”.  This was the guitar that Elvis played in his hits like “Loving You”, “Jailhouse Rock”, and “King Creole”. It is also the guitar Scotty Moore got redone. The last person to play the guitar in the archives was Paul Cartney. Austin also stated that meeting Elvis’ wife Priscilla Presley was so surreal and revealed that she is just the loveliest person. Looking into her eyes was mesmerising. Austins stated that I was awed that this is the woman Elvis fell in love with years back. He said, “She still loves him and she said, you’ve got big shoes to fill.”

Elvis remains in our hearts and yea, kudos to Austin! I cannot wait to watch “Elvis”. The movie releases in the United States on June 24. Well, while no one can ever replace the “King of Rock ‘n’ Roll”, I am sure a star is born! What do you think about Austin’s performance?