On the site of a Roman cemetery in Lincolnshire, archeologists found the remains of 60 human burials.

Men, women and children were discovered and a tomb even included a lamb leg for the deceased to take them to the afterlife.

Grave goods found by Lincoln-based Allen Archaeology also include pots, bracelets, and bangles. The burials are believed to date from the 2nd to the 4th century AD and some were in coffins and others wrapped in shrouds. 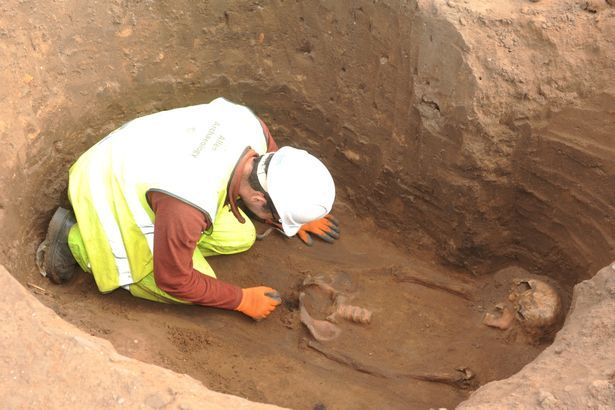 One of the skeletons found at Winterton

Three Roman villas or farmsteads have previously been found near the dig site off North Street, Winterton, which is just outside Scunthorpe. And it was Roman tradition to place burial grounds outside of towns and villages to avoid pollution.

The Romans founded a settlement nearby called Ad Abum, at modern-day Winteringham on the south bank of the River Humber.

This was where the Roman Road between London and Lincoln – Ermine Street – ended. 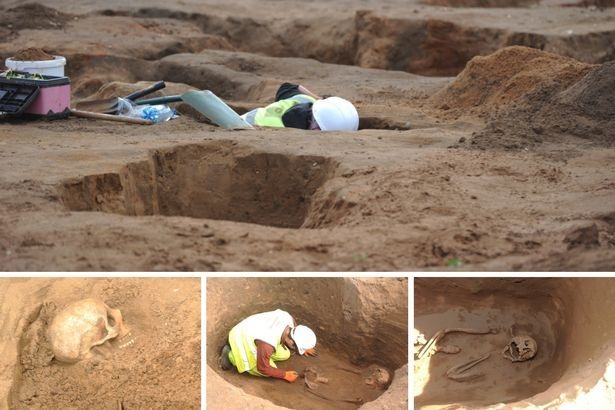 “We could not tell the extent of the cemetery. We found it seemed larger than we expected.”We know some of the burials were in coffins. One of the skeletons was buried with a whole leg of lamb.”We have men, women and children out of these graves. We have found a little pot and some bracelets and bangles.

We have two different types of burial rites – a lot of substantial coffin burials and people in shrouds.”Does this represent different dates, personal choice or different groups of people? We think it is date-related as the rites have changed. 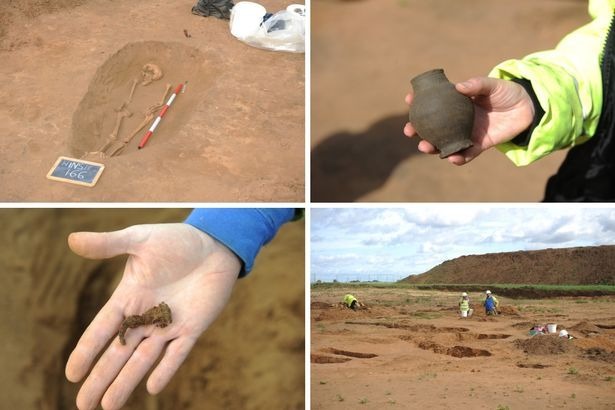