Archaeologists in southern Mexico have discovered the 2,700-year-old tomb of a dignitary inside a pyramid that may be the oldest such burial documented in Mesoamerica.

The tomb held a man aged about 50, who was buried with jade collars, pyrite and obsidian artefacts and ceramic vessels. Archaeologist Emiliano Gallaga said the tomb dates to between 500 and 700BC.

“We think this is one of the earliest discoveries of the use of a pyramid as a tomb, not only as a religious site or temple,” Gallaga said.

Pre-Hispanic cultures built pyramids mainly as representations of the levels leading from the underworld to the sky; the highest point usually held a temple. The tomb was found at a site built by Zoque Indians in Chiapa de Corzo, in southern Chiapas state. It may be almost 1,000 years older than the better-known pyramid tomb of the Mayan ruler Pakal at the Palenque archaeological site, also in Chiapas.

The man – probably a high priest or ruler of Chiapa de Corzo, a prominent settlement at the time – was buried in a stone chamber. Marks in the wall indicate wooden roof supports were used to create the tomb, but the wood long ago collapsed under the weight of the pyramid built above.

Archaeologists began digging into the pyramid mound in April to study the internal structure – pyramids were often built in layers, one atop another – when they happened on a wall whose finished stones appeared to face inward. In digging last week, they uncovered the 4 x 3 metre tomb chamber about 6 or 7 metres beneath what had been the pyramid’s peak. 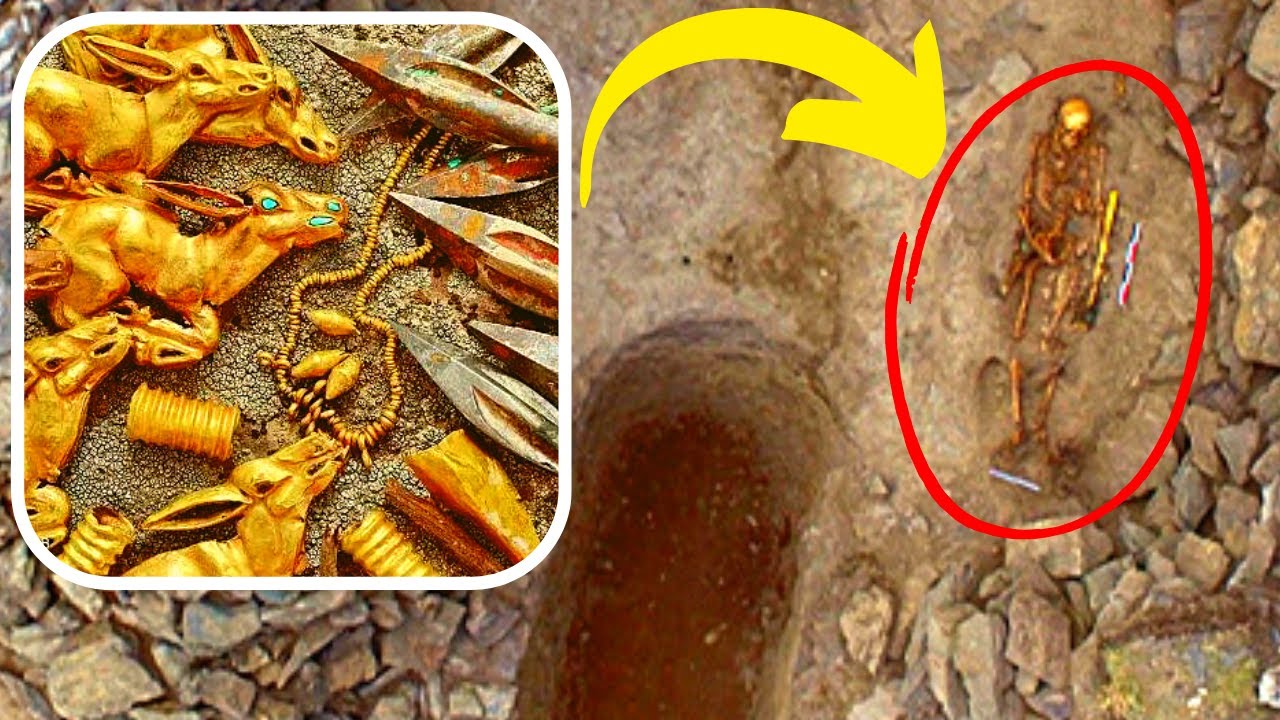 The body of a one-year-old child was laid carefully over the man’s body inside the tomb, while that of a 20-year-old male was tossed into the chamber with less care, perhaps sacrificed at the time of burial. The older man was buried with jade and amber collars and bracelets and pearl ornaments. His face was covered with what may have been a funeral mask with obsidian eyes. Nearby, the tomb of a woman (left), also about 50, contained similar ornaments.

The ornaments – some imported from as far away as Guatemala and central Mexico – and some of the 15 ceramic vessels found in the tomb show influences from the Olmec culture, long considered the “mother culture” of the region.

The find raised the possibility that Olmec pyramids might contain similar tombs of dignitaries, especially at sites such as La Venta. Olmec pyramids, while well-known, have not been excavated, in part because the high water table and humidity of their Gulf coast sites are not as conducive to preserving buried human remains.

“The Olmec sites have not been explored with the depth they deserve,” said Lynneth Lowe, an archaeologist at Mexico’s National Autonomous University who participated in the dig. “It is possible that this type of tomb exists at La Venta.”

Despite the Chiapa de Corzo tomb’s location, experts said it is not clear the later Maya culture learned or inherited the practice of pyramid burials from the Zoques, or Olmecs.

“While I have no doubt it relates to Olmec, there is no tie to Maya at this time per se,” said archaeologist Lisa Lucero of the University of Illinois, who was not involved in the Chiapa de Corzo project. “There are scholars who would like to see Olmec-Maya connections so they can show direct ties from Olmec to Maya, but this would be difficult to show with evidence at hand.”