Archaeologists have uncovered one of the largest Anglo-Saxon burial sites ever found in Britain underneath a HS2 site. Items of national significance have been unearthed

A total of 141 burials were found in Wendover, Buckinghamshire, with around three-quarters of them containing high-quality “grave goods” such as jewellery, swords, spears and even personal hygiene kits such as ear wax removers and tweezers.

“Finding Anglo-Saxon cemeteries is quite rare, it does happen – but not very often. It’s really, really unique,” she said.

The discoveries are said to be of national significance, dating back to the 5th and 6th century, a period in which the team says there are gaps in historical and archaeological record.

A team of 30 field archaeologists initially made the discovery in 2021 and have since been sorting and cataloguing the finds. 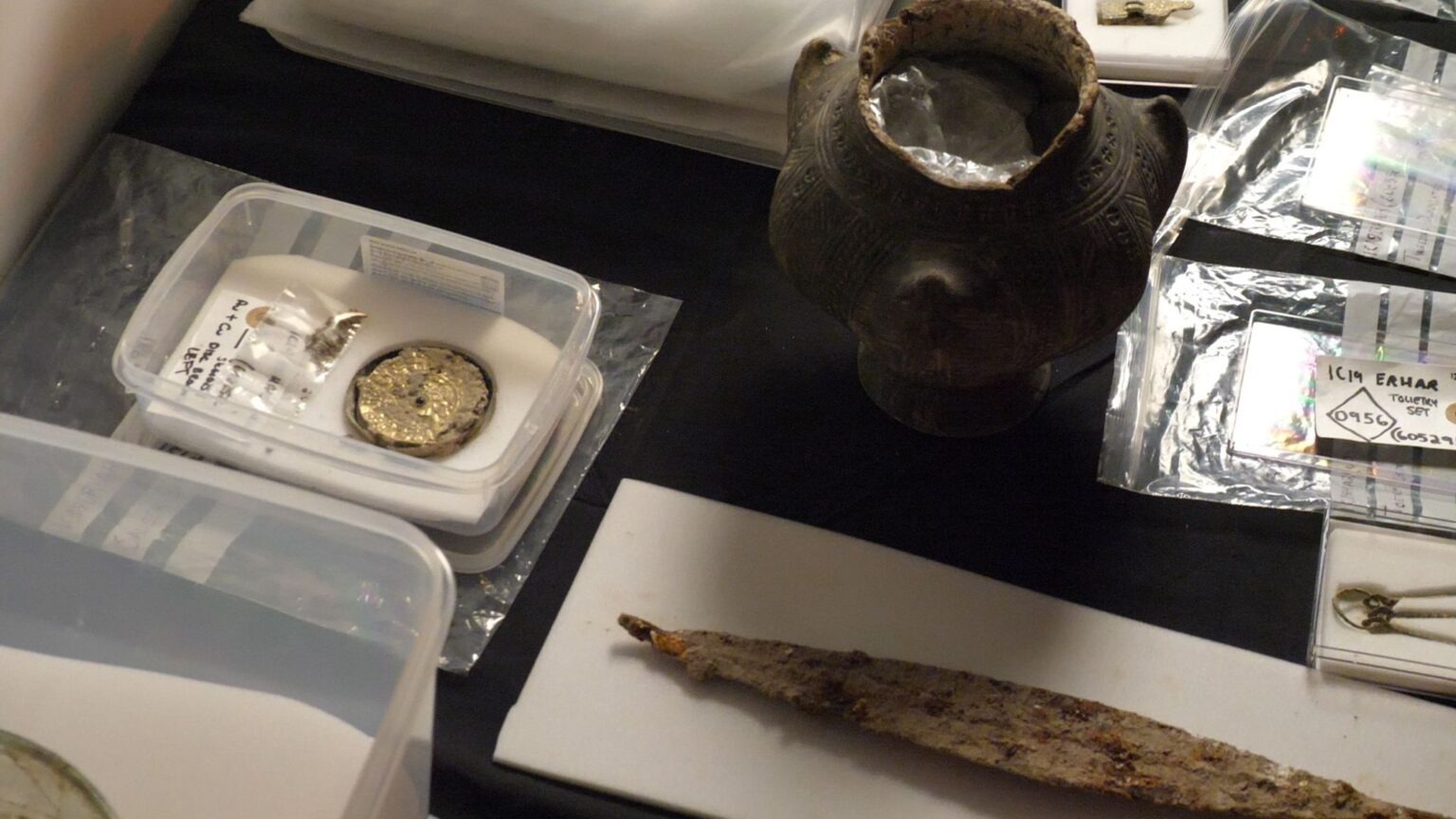 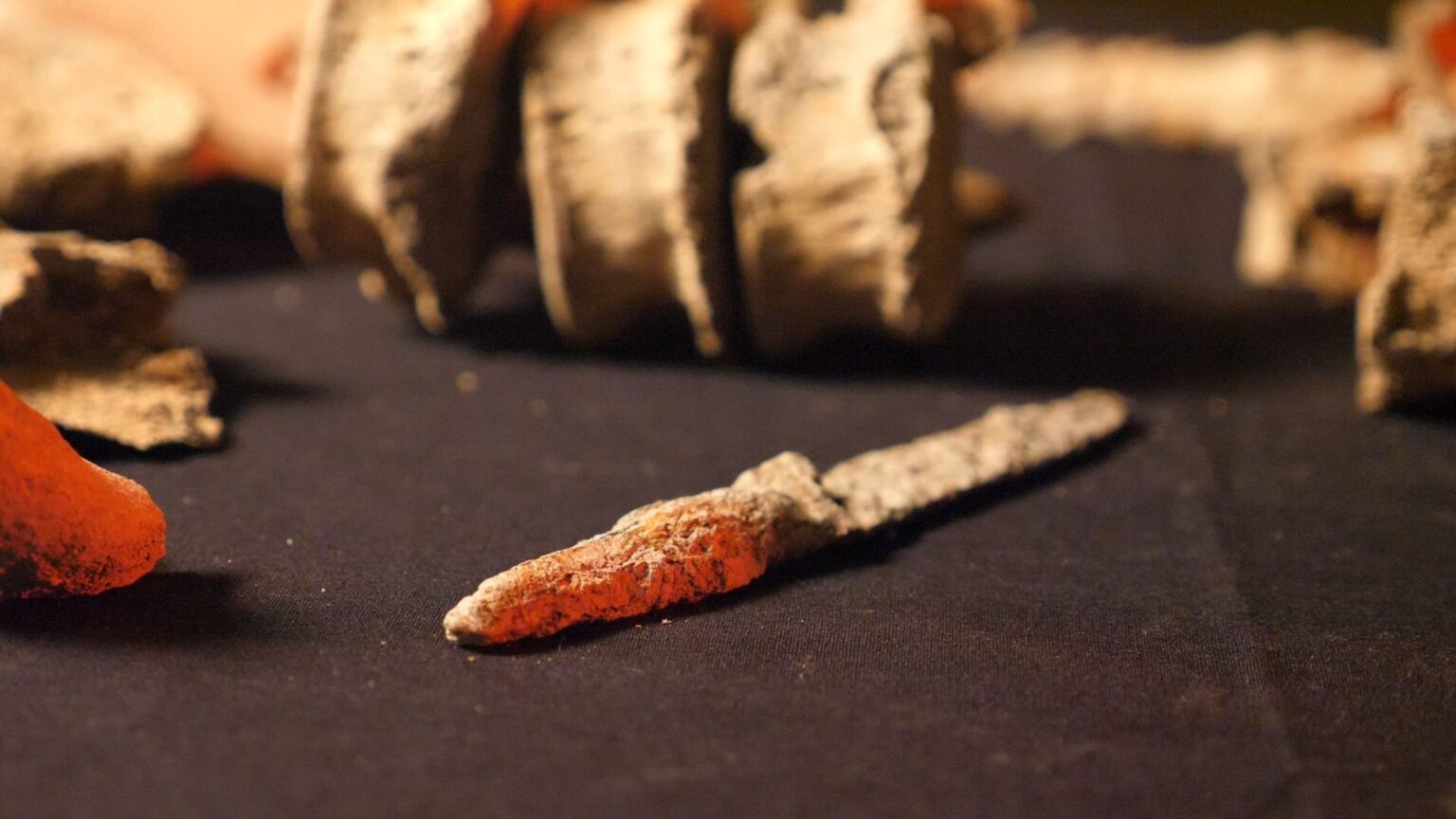 A blade unearthed by archaeologists

Many of the 141 burials were found with two brooches on their collarbone, indicating they were holding up garments such as a cloak.

One skeleton – thought to be that of a male aged between 17 and 24 – was found with a sharp iron object embedded in the spine of the individual, which was likely his cause of death.

Osteologist Rose Calis told Sky News it is easy to let the imagination run wild with these finds: “We have to try to keep an open mind as possible.

“What we can tell is that this blade was left in the individual when they died so it’s very possible it was a cause of death.

“Also, we have the blade mark in the second lumbar vertebrae, and we can also roughly tell the direction of the stab wound and we think it was from the front rather than the back.”

While the HS2 project causes controversy above ground, Dr Wood says below ground, it is proving a treasure trove of Britain’s history. 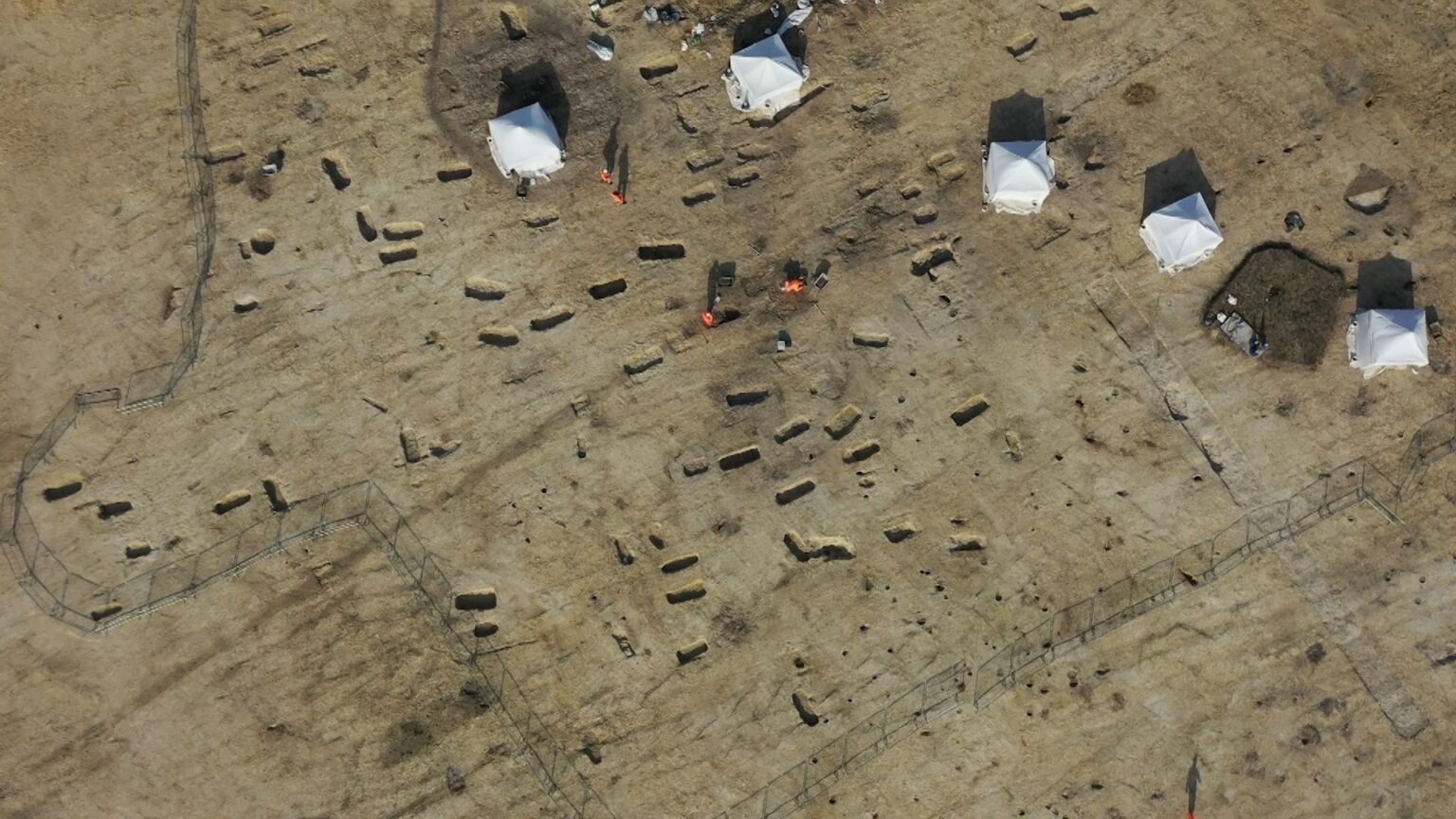 The site in Wendover, Buckinghamshire

“HS2 is a fantastic archaeological opportunity to excavate areas of the country that wouldn’t necessarily be developed,” she said.

“It’s a series of digs put together along the route and it is across a variety of different landscapes as well so we’re starting to get a good picture of those landscapes all the way from deepest pre-history, through the Roman period, the Saxon period and through into the Medieval period as well.”

One female was discovered with a variety of high-quality items, suggesting she was of a high status among those buried at the site.

She was buried with a complete ornate bowl made of pale green glass, thought to have been produced around the turn of the 5th century.

Other items include rings, iron belt fittings and objects carved from ivory. 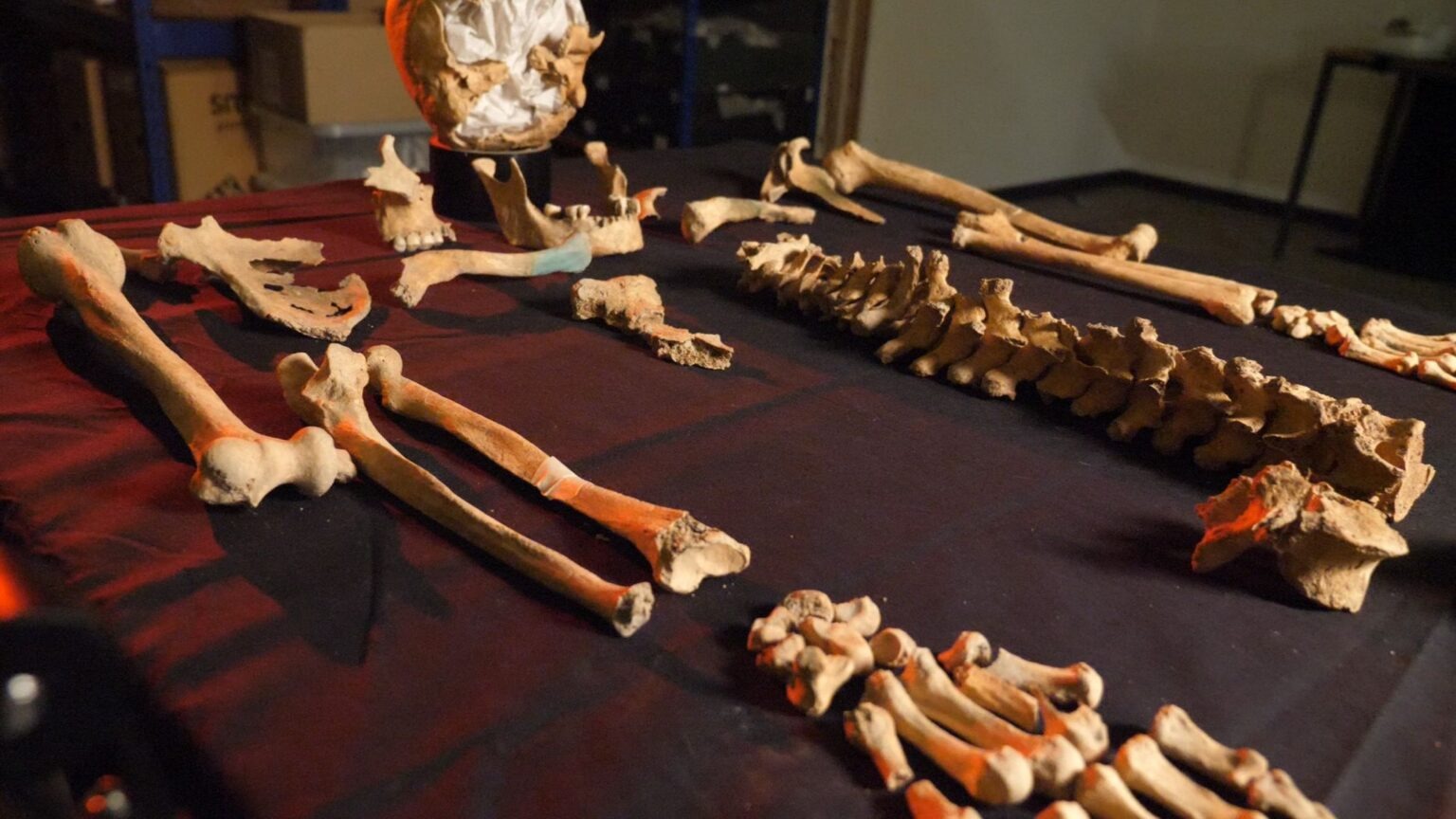 A skeleton unearthed at the site in Wendover, Buckinghamshire 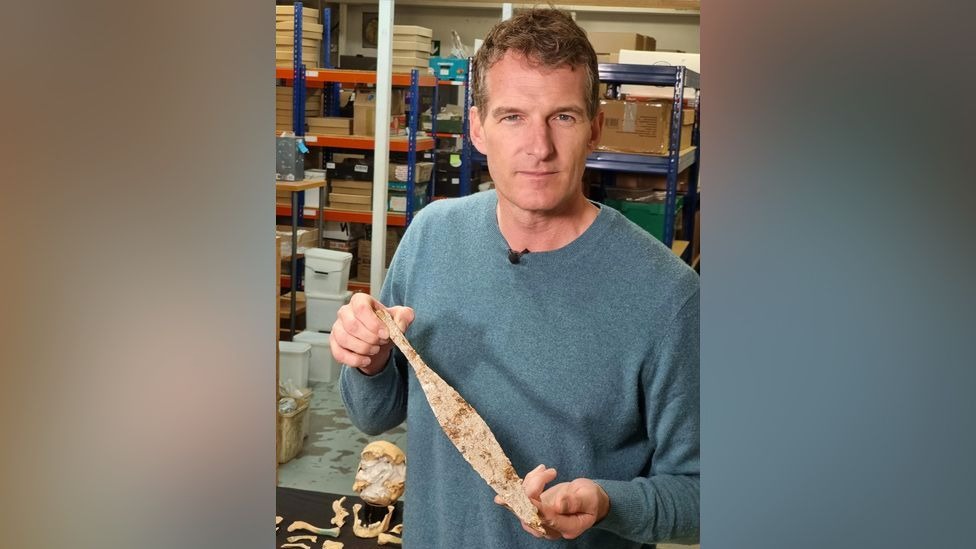 Dan Snow with the spearhead found in the excavations
The discoveries will eventually be displayed in local museums along the HS2 route.

Talking about the excavations, Mike Court, Lead Archaeologist for HS2 Ltd, said: “As we near the end of our archaeology field work on Phase One of HS2, we are just at the beginning of our understanding of how the discoveries will improve our historical knowledge of Britain.

“The archaeological finds made at this site in Wendover will not only be of interest to the local community but are of national importance, providing a valuable insight into life in Anglo-Saxon Britain.”