Angelina Jolie and Brad Pitt, who were once the most adored couple in Hollywood, ended their relationship on bitter terms. Their personal war, however, continues to date since their divorce in September 2016. However, this time, Angelina made some serious allegations which includes about their child. The Grammy-winning actress has claimed that Pitt hit one of their children during a midair fight.

Brad Pitt Choked One Of His Children… 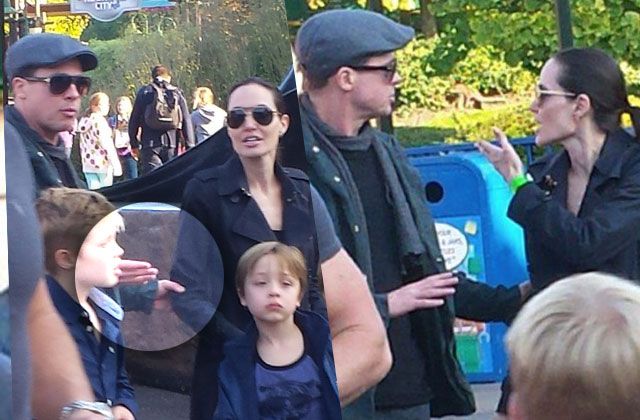 Angelina Jolie and Brad Pitt will never make peace with their hatred for each other. Once sung as the most beloved couple in Hollywood, the two stars are now the biggest rivals of each other despite their bitter divorce in 2016.

Following Brad’s lawsuit that accused Joile of having improperly sold her half of the winery, Château Miraval, the 47-year-old actress has made some startling accusations against the 58-year-old actor. In a complaint filed in Los Angeles County Superior Court, Angelina stated that she was never under any restrictions as to whom she could sell the property.

The 17-page complaint also recounts an incident from September 2016, when the two stars boarded a flight from France to Los Angeles. Angelina alleged that Brad Pitt subjected her and the children to verbal and physical abuse. This midair fight has been quoted as a major reason for the divorce between the two stars.

The complaint states, “After that flight, for her family’s well-being, Jolie decided to file for divorce. Angelina Jolie has previously narrated this fight in her previous court documents but never opened up about Pitt’s hands allegedly being placed on one of their children’s throats.

What Is The Château Miraval Case? In July 2022, Angelina Jolie won a favourable judgment against her ex-husband, who let his anger over their vicious split get in the way of common business sense. Château Miraval winery, purchased by the two stars when they were in love, became the very place where they got married.

However, after their divorce, the beautiful winery became a subject of a fierce legal battle. Recently, Angelina’s legal team subpoenaed documents from Brad, his business manager and Mondo Bongo, his company, which he continued to hold back amid his anger over their vicious split. However, the fate of Château Miraval winery was decided by a judge in Los Angeles judge on July 22, 2022. The court previously ordered that the “Fury” actor and his partners “must pass on the papers and correspondence to the opposing lawyers and that they cannot hold off until they appeal the decision”.

Angelina has finally sold off the stake to Russian liquor giant Stoli, which would open up new business opportunities, which indeed is a sensible decision. Well, Angelina may have gotten over Brad, but it seems Brad isn’t over the Château Miraval winery. What do you think? It’s always the children who bear the burden of their parent’s actions. Isn’t it?