Not long ago, the Spider-Man: No Way Home star Andrew Garfield was awarded with the Legend Award at Italy’s Ischia Film Festival. He received the prestigious award on July 16, 2022, Saturday night.

Continue reading further to know more details about the latest honor bagged by the Hollywood actor. We must say Andrew Garfield truly deserves the award.

Recently, Andrew was seen showing off his Legend Award during the 2022 Ischia Film Festival that took place in Italy. He was honored with the Legend Award at the ceremony that happened over the weekend.

The 38-year-old actor was bestowed with the Legend Award after a series of events for the film festival unraveled including a press conference and a late-night dinner. 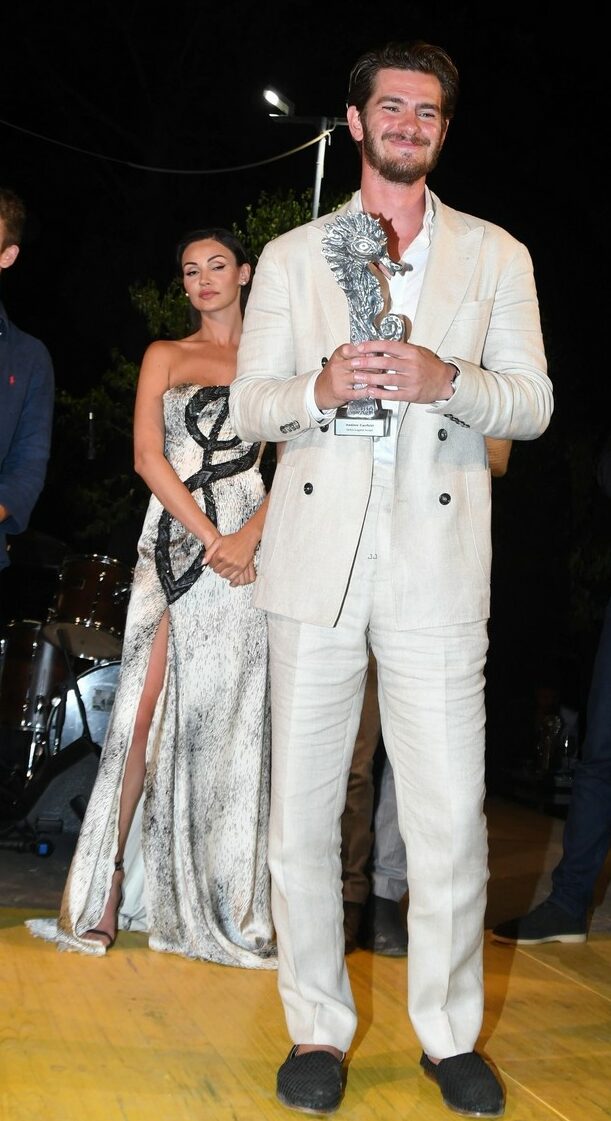 In the photos from Italy’s Ischia Film Festival, Andrew can be seen looking dapper in an off-white pantsuit. He completed his look with a pair of black casual shoes. In one of the pictures from the event, The Eyes of Tammy Faye actor can be seen holding his award with an adorable big smile on his face. It seems like he is really happy with the honor given to him.

For the award ceremony, Garfield was also supported by his close pals, Nat Wolff, and art dealer Vito Maria Schnabel. Nearly a few days ago, the trio was spotted having a good time with a group of their friends on a yacht. 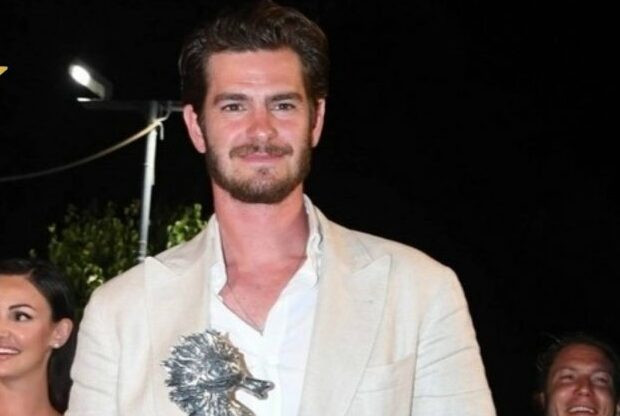 Andrew took a break from acting in April

Yes, you heard it right. In April of 2022, the Oscar-nominated actor announced that he was taking a break from acting. At that time, during an interview with People, he said, “I’m actually really happy and excited to be very quiet and very still and take some time to just be.”

Andrew went on to say, “It feels very important right now, especially after a lot of output, a lot of being out in the world, and giving a lot of energy to things that I’m very passionate about. Like it’s so tempting to live in that way of just always onto the next thing. But actually, and I know it’s a privilege that I get to even consider that, to actually take time.” What’s next in store for Andrew Garfield?

For those of you who are unversed, let us tell you Andrew will be next seen in an upcoming limited series called Hot Air. In the forthcoming show, he will play the role of a billionaire named Richard Branson.

The Under The Banner of Heaven star is all set to essay the character of aviation giant Richard Branson in Hot Air. As per the reports of Entertainment Weekly, the upcoming limited series would be based on investigative journalist Martyn Gregory‘s book “Dirty Tricks” which revolves around a big scandal in the early ’90s in which British Airways tried to ruin Branson’s airline, Virgin Atlantic. Hot Air is going to be Andrew’s first big project after his break from the world of acting. We know all of the fans of the superstar can’t wait to see him bring a new character to light.

We wish our big congratulations to Andrew Garfield on receiving the Legend Award at the Italy’s Ischia Film Festival and we hope he continues to entertain his fans with his brilliant work. Don’t forget to stay tuned with us for the latest updates from the world of showbiz.