The Elizabeth Olten murder became a major controversy in St. Martins, Missouri. The news soon spread to all parts of America. Elizabeth Olten, a 9-year-old girl was murdered by her neighbor, Alyssa Bustamante, on the 21st of October, 2009. The most shocking part of this case is that the murder was only 15!

Here’s everything to know about the murder and the murderer, Alyssa Bustamante.

The Murder of Elizabeth Olten that Shocked Everyone

Elizabeth Olten lived four houses down from the Bustamante family. She would often come to play with Alyssa and her siblings. On the night when her murder took place, Elizabeth’s mother, Patricia Preiss, claimed that her daughter begged to go to play at Alyssa’s house, because of which the mother allowed her. Little did she know that it was the last time she would get to see her doting daughter! Elizabeth left home at 5 pm and did not come by 6 pm. By this time, her mother knew that something was not right. The day after Elizabeth’s disappearance, FBI agents questioned the suspect, Alyssa. They also seized her diary. Soon, the authorities found a shallow hole behind her house. This hole looked like a grave. When questioned about it, the teenager firmly told that she liked to dig holes.

The investigation into this case continued for long. The authorities also located another shallow hole grave covered with leaves behind the Bustamante house. When they dug it, they were shocked to see Elizabeth’s body inside.

Alyssa Bustamante was charged with first-degree murder by the prosecutors and arrested right after the proceedings.

Alyssa always appeared to be a rebellious teenager. However, she still acted very normally. The whole rural St. Martins, Missouri, was shocked when the news of her murdering a child in a cold-blood murder spread.

According to her friends, “Alyssa was just always so sweet, and everybody loved her. She was amazing.”

But inside her mind, her alter ego was lurking and haunting her. Alyssa was a much darker person on the inside, while her face looked so innocent on surface. When police dug deeper into her background, they found that she had a troubled childhood.

Inside the Troubled Childhood of Alyssa Bustamante

Life becomes difficult for children when their parents do not attend to them. In Alyssa’s case, both her parents barely cared for their children, for they were drug addicts and involved in multiple petty crimes.

To keep their grandchildren away from their parents’ bad influence, Alyssa was raised by her grandparents between 2002 and 2009. Her mother, Michelle, had a record of drug and alcohol abuse, leading to many criminal charges against her. She was even jailed involving these charges. Her father, Caesar, too served jail for assault. 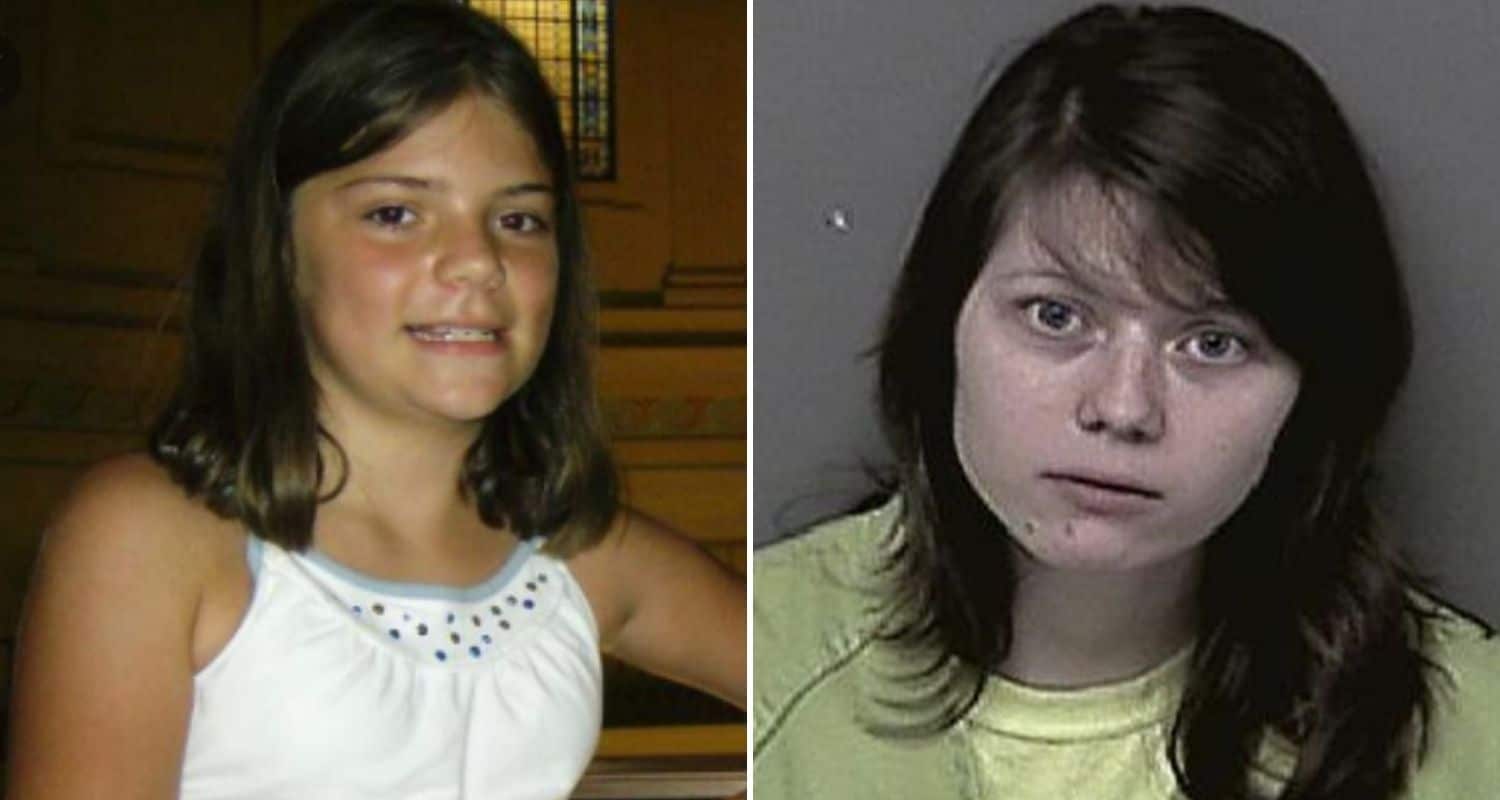 The grandparents took legal custody of the child and her three younger siblings in California. To find an escape from the dark past and their former lives, the kids moved to a rural area, a ranch-like property in St. Martins. Alyssa continued her school education.

Despite the setbacks of her parents, the teenager fared well in her studies. She became an A and B student in high school. In terms of appearance, she was as normal as the remaining kids at the school. Even her grandparents did not know about the dark thoughts that lingered in the teenager’s mind.

Her grandparents left no stone unturned in giving her a decent upbringing. Besides attending school, she would attend church at the Church of Jesus Christ of Latter-Day Saints. She would participate in several youth activities, and her friends said she would write poems and jokes.

When Alyssa Tried to Kill Herself

Everything in Alyssa’s life was going smooth. However, things took a U-turn in 2007 when she tried to kill herself.

She spent the next ten days at a psychiatric hospital and went on anti-depressants afterward. Despite her medication, she practiced cutting herself many times. She would often show her scars on the wrist to friends.

According to one of Alyssa’s friends, “She was obviously on the anti-depressants. We always would go upstairs, and she would be like, ‘Oh I need to take my medicine.’”

How did Alyssa prepare for Murder?

This incident should be recorded as one of the most bone-chilling cases. “How can a teenager plan a murder and prepare for it” is difficult to understand.

Alyssa started preparing for the murder on the weekend. She spent the whole day digging two holes in the ground to be used as graves and waited.

The teenager continued her routine as usual – going to school and hanging out with friends. At the same time, she was waiting for that perfect opportunity to murder. The unfortunate opportunity came to her four days after digging the hole. 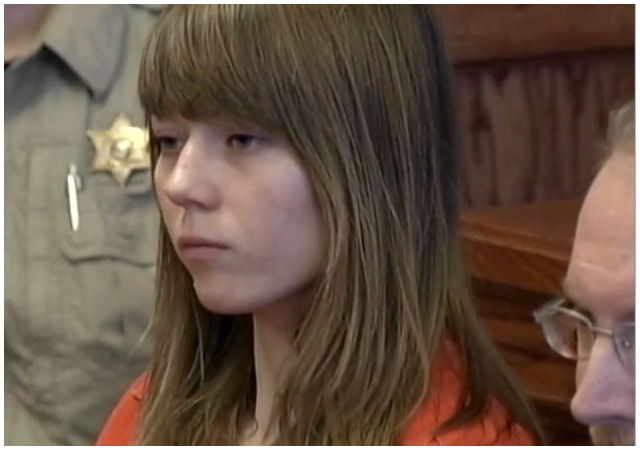 She grabbed Elizabeth Olten, beat her, strangled her, stabbed her and slit her throat. She then dumped the child’s body into one of the graves.

When Elizabeth did not come home on time, her family frantically started looking for her. They called the police to report her missing. Her family knew that the child was afraid of the dark.

After the report, police searched everywhere for her, including the nooks and crannies of the small town. They even pinged on her cell phone. Though it showed her location as being in the woods, the police could not locate her body.

The Reason for the Murder

If you think Alyssa was holding a grudge against little Elizabeth or there was a family enmity between the two that led her to murder the child, think again! This murder doesn’t have any controversial explanation.

The simplest explanation of this murder was given by the murderer herself. Alyssa told the police that she wanted to know what it felt like to kill someone.

The statement given by her suggests that the teenager had some mental issues, for no mentally stable person would want to kill an innocent to know how murdering someone would feel like.

Even though it wasn’t visible from the outside to her friends or grandparents, Alyssa had been a problematic child since the beginning. She had attempted suicide several times and had been on medication for depression. When her grandparents sent her for the treatment, she had been given inpatient and outpatient care.

Alyssa Bustamante was a cutter, a person who deals with emotional pain or damage by cutting or inflicting physical pain among themselves or self-mutilating.

Like every other teenager, Alyssa, too, was fond of social media and networking. She had many online accounts. The most noted one of them was her YouTube handle. Under her account, she listed her hobbies as killing people and cutting. It contained many disturbing and NSFW videos. There were disturbing home movies, including one where she urged her brothers to touch the electrified cattle fence after doing it herself. In the caption of the clip, Alyssa had written, “This is where it gets good, this is where my brothers get hurt.”

At some point in her treatment, the doctor described her as violent, depressed, and angry. Nobody knows what instilled so much brutality in her.

The Many Speculations from the Police

When the police investigated more into the case, they suspected that Alyssa had dug not one but two graves because she was planning to murder her two younger brothers. Instead, she grabbed an opportunity to kill Elizabeth. According to police, Alyssa’s YouTube videos back this theory. She enjoyed inflicting pain on her brothers.

How Did The Trials of the Case Take Place?

Right after her confession, Alyssa was arrested by the police and charged with first-degree murder. She was brought in front of the court on the 17th of November, 2009, where the judge ruled that she shouldn’t be tried as a teenager but as an adult. Despite her confession to the crime and has led the police to the child’s body, she entered the plea of “Not Guilty”. The court held her without bond. Even while in custody, Alyssa made many attempts to harm herself. She cut herself with her own grown fingernails. It is said that the teenager was exhibiting signs of severe depression and anxiety in jail. She was kept under suicide watch. Soon her lawyer filed a motion, and she was remanded to a psychiatric institution for evaluation and treatment.

When Alyssa Accepted the Plea Deal

During the trials, Alyssa Bustamante initially pleaded not guilty and was convicted on first-degree murder and armed criminal action. But later, in 2012, she accepted a plea deal to the lesser charge of second-degree murder.

After accepting the plea deal, she was sentenced to life imprisonment with the possibility of conditional release and a consecutive sentence of 30 years. She also appealed against the sentence. However, the court denied it in 2014.

Elizabeth’s mother, Patricia, called Alyssa a monster and said she hated everything about her. She also stated Alyssa was not human. Patricia sued the teenager for damages in a wrongful death suit in October 2015 and agreed to settle the lawsuit for a whopping $5 million two years later.

Alyssa Had Something to Say

In February 2012, Alyssa gave a final statement, “If I could give my life to bring her back, I would. I just want to say I am sorry for what happened, I am so sorry.”