Most people know Donald Trump as the former President of the United States of America, but he is much more than that. He expanded his father’s real estate business in 1971 and got into building casinos, hotels, golf courses, and more. His combined net worth is said to be around $200 million.

Many people remember him from The Apprentice, a show he co-produced and hosted. The show was about judging the business skills of a bunch of people. Trump’s popular catch-phrase from the show was “You’re fired!”, which was ironically used when he was impeached.

Over the years, Trump has been the center of a lot of controversies and allegations including sexual assault and questionable business dealings. However, not much is known about his marriages or wives for that matter.

Let us take a closer look at Donald Trump’s marriages.

Ivana Trump was born on February 20, 1949. She was a Czech-American businesswoman, fashion designer, media personality, and more. When she was young, she joined the national junior ski team.

In 1971, she married the Australian ski instructor and friend Alfred Winklmayr to obtain Australian citizenship. This allowed her to escape Czechoslovakia while allowing her to return to visit her parents. 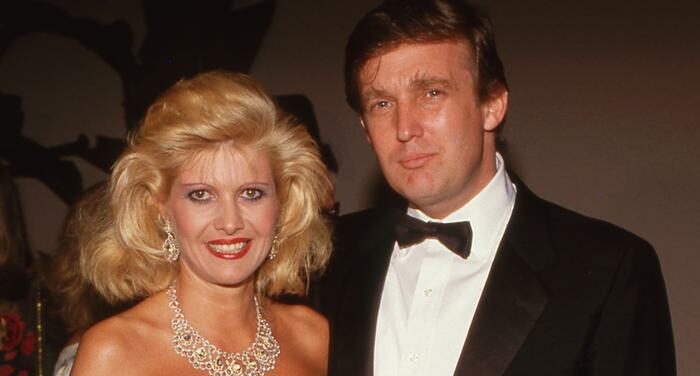 After divorcing Winklmayr, she moved to Montreal for two years where she worked as a model and improved her English. Modeling was more of a job to her than a career. She was in New York in 1976 when she met Donald Trump.

In 1977, Trump married Ivana Zelnícková (née Zelníčková) in a secret ceremony. The wedding took place just a year after the two met. It was such a close-knit ceremony that barely any pictures of the wedding were made public.

The former model worked as an executive vice president for interior design at Trump’s company. Soon after their marriage, she joined Donald Trump and played a critical role in some of his signature projects. She was involved in the making of the famous Trump Tower in Manhattan and also the Trump Taj Mahal casino in Atlanta City, New Jersey.

The couple welcomed three children together, Donald Jr, Ivanka, and Eric Trump. In 1988, she became a naturalized citizen of the USA. However, Trump was caught in a very public cheating scandal with Marla Maples in 1989, when Ivana Trump encountered his mistress Marla Maples in Aspen.

This ultimately led to their divorce in 1990, which was given on the grounds of cruel and inhumane treatment by Donald Trump. In return, she had to sign a non-disclosure agreement that required Donald Trump’s permission before she could speak of their marriage.

Decades later, Ivanka Trump still held a grudge against Maples and said that she would “never achieve anything in her life”. However, she did support Donald Trump in his presidential campaign and said that “he would make the changes he promises. I wish him all the best.”

Ivana Trump went on to marry Riccardo Mazzucchelli and then Rossano Rubicondi, both marriages ended in a divorce. She recently passed away at the age of 73 years at her home.

She was found unconscious at the bottom of the stairs at her apartment. Recent reports suggest that died from blunt force injuries to her torso.

Donald Trump released a statement on his social media platform The Truth about the passing of Ivana Trump. The statement mentioned that “She was a wonderful, beautiful, and amazing woman, who led a great and inspirational life.”

Marla Maples was born on October 27, 1963. She is a singer, model, presenter, actress, and media personality. However, she is most popularly known to be Donald Trump’s ex-wife.

Donald Trump had an affair with Maples while he was married to his first wife. Talking about Trump and Ivana Trump, Maples had commented that “There would never have been any discussion of my and Donald’s friendship if things had been good… I was his friend for so long and I constantly said to him, ‘Stay and make it work. Don’t give up the marriage—you’ve got your kids.’”. In October 1993, the couple welcomed their daughter, Tiffany, two months later they got hitched. She was around 30 years old while Donald Trump was about 47 years when they married.

But their marriage did not last long as the couple split up in 1997 and got divorced 2 years later in 1999. Maples said in an interview where she said that young women in their 20s believe that they can help change people, but that is not how it works. Ultimately, “you have to move on” she said.

Maples is bound by confidentiality about the marriage according to the terms of their pre-nuptial wedding. However, she did talk about Ivana Trump and her statement of not forgiving Maples for having an affair with Donald Trump.

Maples said “It makes me sad because I wish her nothing but love and I’ve never had any intention of hurting her. I love her kids I’m still close to. I love and adore them.”

Melania Trump (née Knavs) is a former model and businesswoman who served as the first lady of the USA from 2017 to 2021. Born on April 26, 1970, Melania Trump was only 7 years old when Donald Trump married his first wife, Ivana Trump.

Donald Trump met Melania Trump for the first time in 1998. The two of them got married in 2005. She was around35 years old while Donald Trump was about 59 years old, with a considerable gap of over two decades between them when they got married. Trump’s third marriage was a public affair and had over 350 guests, which included the likes of the Clintons, Billy Joel, Simon Cowell, etc. The former model was born in Slovenia. She became an official citizen of the USA in 2006, the same year when the couple welcomed their son Barron Trump.

There was a lot of backlash regarding Donald Trump’s move to ‘reform’ the H-1B visa and to make it merit-based.  A lot of people commented on how his wife, Melania had come to the USA using the same visa.

Over 22 women had come forward to accuse Donald Trump of sexual misconduct. A tape was also released in which Trump was recorded boasting about grabbing a woman’s genitals in 2005.

Trump dismissed all the allegations and said that they were “fabricated”. He even said that all those women would be sued once the Presidential campaign was over, but nothing of the sort happened.

Despite all the allegations of cheating and misconduct, Melania Trump stood by her husband’s side.

Trump had started his presidential campaign by calling Mexican immigrants “rapists” and bringing more crime to the country. Although an unfortunate way to start the campaign, Trump’s first wife Ivana had claimed the media personality star of rape in 1989. However, she later clarified that she did not mean it in a “criminal sense”. 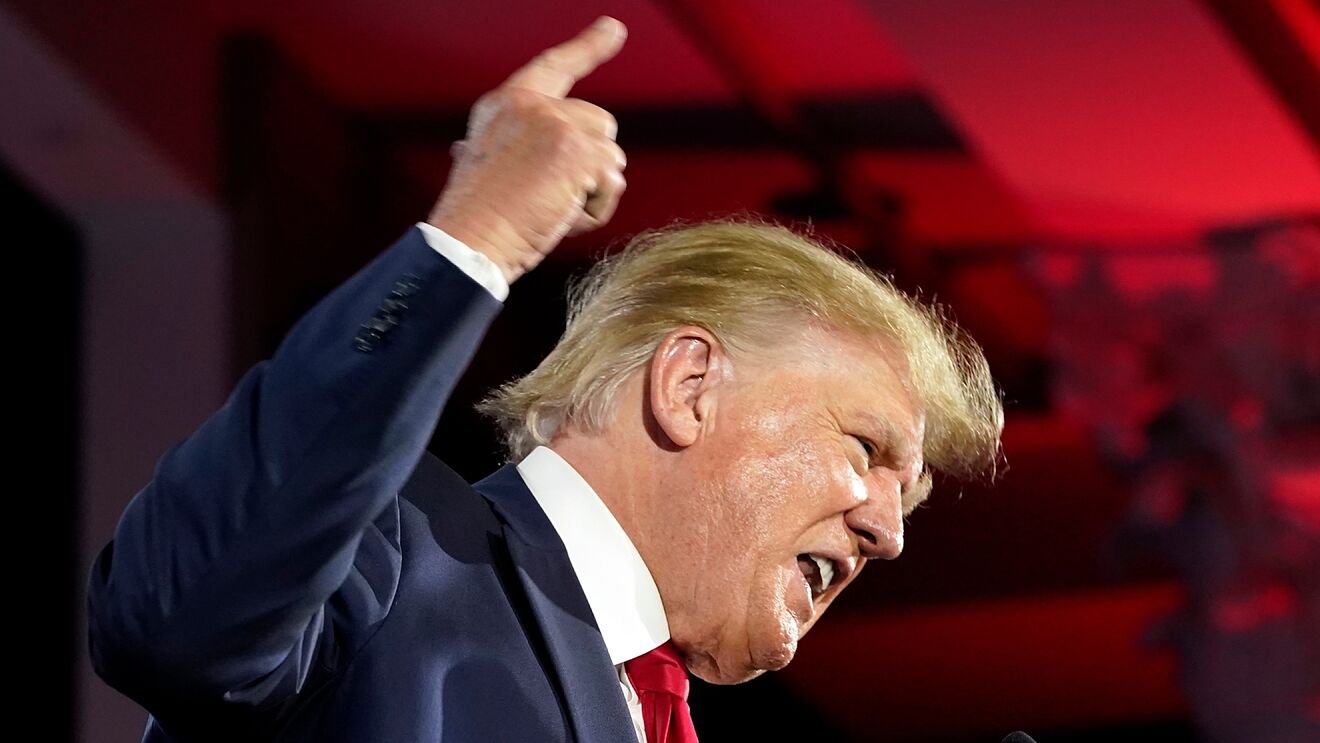 Although many believe Melania Trump to be a victim, others believe her to be just as bad as her husband. A former aide who penned a book titled What I Saw at the Trump House said that Melania Trump spent the election night sleeping while Donald Trump fretted over the vote count.

She also infamously wore an “I REALLY DON’T CARE” jacket when she visited a detention center. In another incident, she was secretly recorded by a former confidante saying “who gives a f— about the Christmas stuff and decorations”. However, if the former president ever plans to run for the presidency again, Melania Trump will “be right there” according to an advisor.

Donald Trump’s life has been full of allegations and controversies. He has filed for bankruptcy four to six times. He is also the first president to ever be impeached twice. Donald Trump is said to be responsible for the Capitol riots but refused to take responsibility for it.

Out of all the controversies that surrounded him, his marriages have been the center of attention, especially in regards to sexual assault allegations and his association with convicted sex offender Jeffrey Epstein.

Where Is Donald Trump Now?

The Trump family resides at Mar-a-Lago his private club located at the Palm Beach. Melania Trump maintained a low profile throughout 2021, she released an NFT of a watercolor painting of her eyes in December. The proceeds from the NFT would benefit charity. The NFT sold for $150. The overall price of all the NFT’s was worth $162,144.

Those who have been following Trump believe that there is more to him and that this is not the end of his story. He has vowed to come back as the president in 2024. He also promised that he would pardon those who rioted at the Capitol if he is re-elected.