The remains of a little child, about 5 years old, was mummified and buried in Egypt about 2,000 years ago. She was dressed in fine linen with circular earrings, a belt, and an amulet, and all of her internal organs were removed.

Now, a new technique that merges colorful 3D scans of the mummy’s surface with CT scans that look beneath the mummy’s wrappings will allow people to examine the mummy in amazing detail.

Though the new technique is being used to help tell this mummy’s story, researchers believe it will have many applications in archaeology, biology, geology, paleontology, and manufacturing. 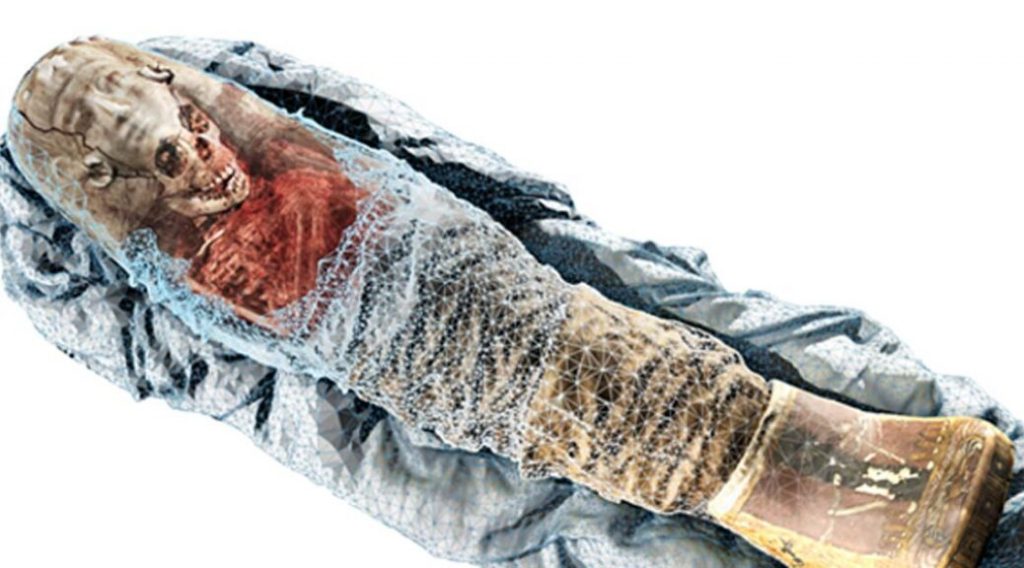 Peering inside a mummy
Scientists peered beneath the mummy’s wrappings using CT scans in 2005. And more recently, they complemented that imaging with an Artec Eva handheld 3D scanner, which could take images of parts of the mummy that could be scanned without touching the mummy.

While a CT scanner is better at penetrating beneath the surface of the mummy wrappings, the handheld 3D scanner is able to scan in color, capturing details that a CT scanner cannot detect. Both scans were then combined into a single 3D model using software developed by Volume Graphics.

The model will allow visitors to the Rosicrucian Egyptian Museum in San Jose, California, where the mummy is now located, to see the mummy in exceptional detail simply by using an iPad.

“Guests will be able to move an iPad over the mummy case, in order to see the associated scans,” Julie Scott, executive director of the museum, said in a statement. 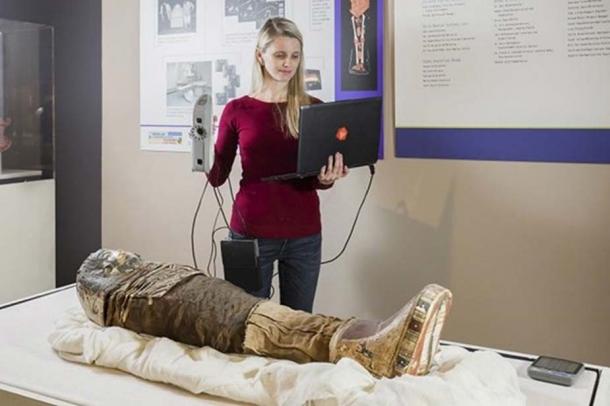 “Our hope is that this new technology will help inspire guests to deeply relate to this little girl who lived so many years ago,” said Scott, noting that the girl’s real name is unknown, though scientists today call her “Sherit,” which is an ancient Egyptian name for “little one.”

Sherit, who may have died of dysentery and lived at a time when the Roman Empire ruled Egypt, is one of the first people/artifacts to be analyzed with the new technique.

Beyond mummies
The new technique will have many applications, the researchers said. It “allows for a more life-like, accurate representation of all kinds of objects and thus improves our understanding of these scanned objects,” Christof Reinhart, CEO of Volume Graphics, told Live Science.

“We can only imagine how this function will be used. Obvious applications in science would be archaeology, biology, geology, or paleontology.

“Industrial applications could arise in quality assurance — [for example], when optical features on the surface of an object are to be associated with features inside the object,” Reinhart added.